The most Stock photo representation of the Oilers I could find.
Photo by James Wheeler on Pexels.com

The inevitable has happened. Peter Chiarelli was fired as the GM of the Edmonton Oilers. Keith Gretzky has been named the interim GM while the brain trust finds a permanent replacement.  Chiarelli is the first fired Edmonton Oilers’ GM to not be retained in a limited fashion since Glen Sather left in 2000. In the past 19 years, Kevin Lowe, Steve Tambellini, and Craig MacTavish have all been re-assigned instead of being fired, with Kevin Lowe and Craig MacTavish still remaining with the team. This is significant, as Chiarelli will not have any influence on the team moving forward, unlike Lowe and MacTavish.

Edmonton Oilers’ CEO Bob Nicholson has stated that he would like to change the organizational philosophy, and today’s move has done so. Kailer Yamamoto has been sent down to gain more seasoning. 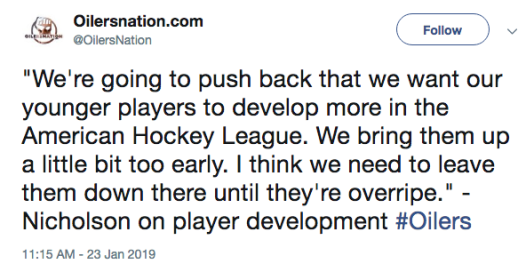 With the possible change in philosophy, what are the long term steps for the Oilers? We’re here today to explore that, and we’ve come up with a few ideas.

So there you have it folks, the Oilers are at a crossroads, and need to do something. What can they do? I personally would say do number three. That’s definitely the best option for the fans (of other teams), financially, and hockey wise. Do you have any ideas? Let us know in the comments below!

With the end of this post, I’m going to start a new segment with a completely outlandish trade rumor that Twitter users believe. I hope you like it, and hey maybe I’m the crazy one here. 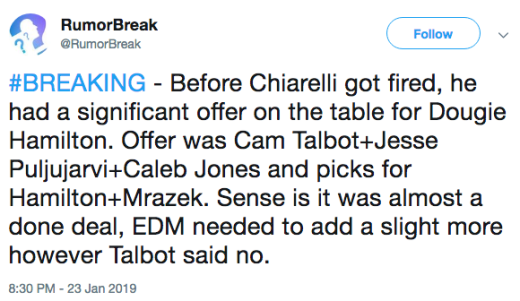