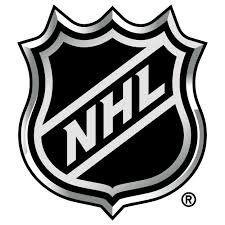 I bought the original story and it still might be true. When I originally wrote about it, I blamed Gary Bettman and the NHL for taking a backward step in international hockey by pulling out of this year’s Winter Olympics in Pyeongchang, South Korea. At the time I blamed it on the usual factor, American ignorance, and that this was another typical arrogant, ignorant business decision, one that snubbed a country that had recently raised the quality of its hockey team to at least the “B level” of play, a country of 50 million people who would be a splendid new market for international hockey and for the NHL itself. I condemned the NHL and did not give the motives for it anymore thought until what has recently happened.

As reported on many Internet websites, there was the current American Vice President, Mike Pence attending the opening ceremonies with a mandate by President Trump to stir up more trouble between the two Koreas. The President of South Korea, Moon Jae-in had been using the Olympics to reduce tensions between North and South Korea. In particular, Kim Yo-jong, sister of North Korea’s leader, Kim Jong-un was made a special guest of honor.

This did not sit well with the Americans who have been trying to rein in Kim Jong-un and North Korea, one way or another, especially since the start of the Donald Trump administration. And it is Pence’s appearance and mission at the Winter Olympics that has made me think again about the NHL’s decision to withdraw from the South Korean Olympics. Did the Bettman and the NHL really want to do it? Or was there some secret pressure from the American government, perhaps even formal blackmail, that forced Gary Bettman and the NHL to take the decision they made?

First of all in some ways, this is old hat with me. When I was in university in the 1970s, a group of Americans gave a seminar, two years in a row which I attended about the assassination of John Kennedy. They brought clear copies of the Zapruder film, kept out of the United States for protection purposes, showed highly disturbing photos that could be used to prove the existence of a conspiracy, and formulated theories about who could be behind it.

Similarly, when 9/11 occurred, I would watch the Michael Moore film “Fahrenheit 9/11″ and even purchase another “conspiracy possible” dvd. I would note the little puffs of smoke that you still see when watching the World Trade Center buildings collapse, in proper order from the top down, suggesting that the way the buildings collapsed was a professional demolition job, actually caused by explosives planted much earlier in the buildings instead of “decoration” attacks by planes hijacked by “terrorists” to make things “look good”. So I will be the type of person who will tell you that Kennedy died because of a conspiracy and that all the evidence of 9/11 points to President Bush blowing up his own buildings in order to justify a war on Iraq.

The Americans have been masters in concealing the truth about these kind of things. The real decisions about who lives and who dies are made behind the scenes, behind closed doors out of sight. For example, when 9/11 occurred, media dissidents were conveniently fired or muzzled. Despite the recent releases of new information about the Kennedy assassination it is doubtful that the full truth is still known and it is a similar situation for 9/11. One such similar occurrence (not involving the United States) was suggested in the British miniseries “Fall Of Eagles”, when a rich “socialist” who wanted to have a Bolshevik revolution in Russia was actually brought into the presence of Kaiser William II in Germany to get permission to smuggle Vladimir Lenin, then living in exile in Switzerland, back into Russia by means of the famous “sealed railway car” trip through Germany. The Kaiser gave his reluctant assent but feared the consequences. Thus the decision to allow a Communist Russian Revolution to occur was actually made by the German Kaiser who needed to get Russia defeated and out of World War I.

If such backroom decisions and pressure were practiced on Gary Bettman and the NHL by the American government, so far as any decision to pull out of the 2018 Winter Olympics occurred, it is doubtful if the public will find out the truth for a long, long, time, if ever. Before Pence appeared at the Olympics, I had not given the possibility any thought, but when he appeared, it made me reconsider everything. And when thought of logically, there is a real possibility it might have occurred.

Why should Bettman, who has been actively trying to improve international hockey by bringing back the World Cup, allowing NHL regular season games to be played in Europe again, and playing exhibition games in China, suddenly take an extreme, negative decision that badly hurts international hockey? One of the reasons given is that the time zone of the South Korean Olympics is poor for American television ratings. But Bettman hinted that the NHL might go back to the next Olympic Games which will be held in Beijing China, the same time zone. So that excuse makes no sense. And why would Bettman who is a good businessman want to snub a potential great new market for the NHL of 50 million? That’s a poor business decision and Bettman is smarter than that. Why would the Commissioner who needs to see international hockey grow, snub a nation which has raised its standard of play to at least the “B level”?

Like the Kennedy assassination and the 9/11 disaster, only a few people know the real truth. If such pressure occurred then Bettman, a few NHL insider intimates, plus representatives from the American government will know. As far as I know, nobody has asked them and if asked, they will probably deny it. As usual, this kind of event does not look good on America. To return the beginning of the article, the official story might be true… or it might not.

2 thoughts on “Did The NHL REALLY Want To Pull Out Of The Pyeongchang Olympics?”