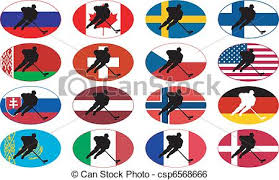 Once again Gary Bettman does the right thing to a limited point. The success of this year’s return of the NHL playing regular season games in Europe – two games by Ottawa and Colorado – to a sold out crowd in Stockholm, Sweden, prompted the NHL to double its European investment next year. At this year’s All Star Game, Bettman took the opportunity to announce that Edmonton and New Jersey will play games in Stockholm next year, while the Winnipeg Jets will play the Florida Panthers in Helsinki, Finland.

It’s a good move by the NHL, not only recognizing the contributions from its European stars, but also with an eye to the future if one day a European branch of the NHL becomes feasible. Unlike the NFL which has staged too many games between the bottom of the barrel teams in London for the liking of British fans, the NHL is at least making an effort to send decent matches to Europe.

But Bettman’s choice of teams seem to be based on nationality, rather than current record. For Finnish fans, they get to see Patrik Laine of Winnipeg and Aleksander Barkov of Florida again. For Swedish fans, New Jersey and Edmonton have Marcus Johansson, Jesper Bratt, Adam Larsson, and Oscar Klefborn. Actually, if these games were based on what was really relevant, the story would be about Canada’s best young player, Connor McDavid, coming to Stockholm to play against his old Edmonton star teammate, Taylor Hall. Bettman is throwing that match-up in as almost icing on the cake.

Edmonton will also play a preseason game in Germany, and New Jersey will play one in Switzerland. All these games will increase the NHL’s popularity in Europe and enhance the game of hockey – except it still doesn’t deal with the heart of the problem that has been stunting the growth of hockey outside of the traditional “Big 7″ countries since before the Canada-USSR match of 1972. The main reason why hockey has not grown in popularity internationally is that no action has been taken to raise the standard of play in any country outside of the “big 7″. Over the past four decades, the NHL has hosted clinics, sent out-of-work NHL coaches, and now plays preseason and regular season games in Europe, but the quality of play in countries other than the “Big 7″ remains inferior.

Bettman himself recognized this problem when he revived the World Cup in 2016 and created two hybrid teams, Europe and North America to fill out his roster instead of inviting more national teams from other countries. Even Slovakia was not allowed to ice a team. Bettman did not want any boring mismatches between “Big 7″ countries and “B Level” teams as was seen at the recent World Junior Championships. But that decision means that quality hockey is confined to a meager seven countries. International hockey will never increase in stature until the quality of hockey is improved outside of the “Big 7″. In particular, there are more than a dozen “B Level” countries, immediately below the “Big 7″ who could really spread and enhance international hockey if their quality of play was raised to the level where they had a real chance to win medals in important international tournaments.

Which brings this article to the third part of Bettman’s important international announcements. The NHL will play exhibition games in China again. This is money talking. China is nowhere near the level of even the “B Level” countries, but it is the biggest market in the world and Bettman wants the NHL to tap into it. Playing preseason games there may help international hockey a tiny bit in the long term but nothing like raising up the quality of play in the “B Level” countries right now. But China’s market is more important to the NHL than the “B Levels”. The NHL won’t dare snub China the way they snubbed South Korea by pulling out of the Pyeongchang Winter Olympics.

The result is that we have the NHL Commissioner with the best of intentions doing many things right to help the growth of international hockey except the one thing that could help it the most, improving the standard of play below the “Big 7″, particularly in the large number of “B Level” countries, including South Korea. All the random, inconsistent, hodge podge efforts of the past four decades simply don’t work. In over 45 years, the “Big 7″ can’t even grow to a “Big 8″. There has to a concerted plan in place to improve the quality of international hockey. Until the NHL and the international powers that be recognize that the quality of play is a serious problem and needs to be dealt with, the growth of hockey will remain stunted. The NHL deserves a few pat on the backs for playing regular season games in Finland and Sweden, but they would deserve a few more accolades if they faced up to the main problem of international hockey and dealt effectively with it.

One thought on “NHL International Games Are Good – To A Point”