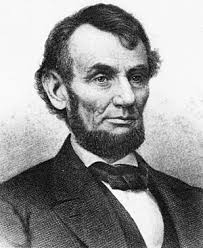 In less than a month after purchasing the Hurricanes from Peter Karmanos who remains a substantial shareholder, Dundon, who comes from Texas wants to bring back some nostalgia from his new team’s history by wearing old uniforms. There is nothing wrong with that. All seven original teams (including Ottawa) sometimes wear brand new “old” uniforms when they play games. And other NHL franchises who have now been around for a while haul out old uniforms for nostalgia and marketing purposes. Selling nostalgia can be a great way of making extra money. Fanatical fans can now own and wear two or more jerseys, the current model and the oldie.

But Dundon has put a new twist on nostalgia. He wants to sell, wear, and even play games in uniforms in the Hurricanes original incantation, the Hartford Whalers. Almost every old uniform of every team since the original expansion of 1967 can be purchased somewhere, particularly in sports stores in hockey-mad cities like Toronto. Now Dundon wants to officially sell old Hartford uniforms in Raleigh at games and even do something unprecedented in ANY of the four major professional sports in North America, have the home team play home games in the uniforms of another city.

This may be a nostalgia money maker but it probably won’t be a big one. How is playing games in Hartford uniforms supposed to start a rebirth of hockey in Raleigh? It makes sense to play games in old Hurricanes uniforms if they exist, but this ploy of playing in Hartford uniforms, if it comes off has to be at least a minimum bewildering act for Hurricanes fans under the new regime which can also be taken as an act of hostility or worse. It came hardly be interpreted as an act that commits the NHL to keep playing in Raleigh.

I doubt if the NHL will allow it if they are serious about keeping the Hurricanes in Raleigh and because it opens up a hornet’s nest. Taken to its logical conclusion, will we see games in which Calgary wears Atlanta uniforms, the Colorado Avalanche wearing the old blue and white of the Quebec Nordiques, Dallas wearing Minnesota North Stars uniforms, etc.? Here’s a couple of fun possibilities. The Winnipeg Jets playing an away game at Arizona only to see the Coyotes come out in old Jet uniforms, so that the Jets can play the Jets. And New Jersey can double the pleasure. All the forwards will wear Colorado Rockie uniforms while the defense and goaltender wear the old logo of the Kansas City Scouts.

And why stop there. Just because your current team once played in another city, why should it be limited to playing games in that old city’s uniforms? What’s wrong with the Montreal Canadiens paying tribute to their old provincial rivals, the Quebec Nordiques who are currently trying to return to the NHL, by playing some of their home games in Nordique jerseys? If they have a particularly bad game, they can always pretend they lost because they were wearing the uniforms of their hated rival. And how about some city bringing back some uniforms that at present can’t be brought back by any team. Who would like to see their home team wearing the jerseys of the old California Golden Seals and the Cleveland Barons?

This is an imaginative, but destructive idea. Sell old Hartford jerseys in Raleigh if you must, but don’t play any games in them. This is a new situation. You are supposed to be burning your past bridges and starting afresh with new hope. I doubt if Gary Bettman will warm to this idea. I can remember reading a book about the Green Bay Packers who had a few bad seasons in the 1950s, just like the Hurricanes have recently been experiencing, and then when Vince Lombardi took over the team in 1959, one of his first tasks was to make the Packer players proud of wearing Green Bay uniforms again. Instead we have Dundon who just bought the team telling his players to wear uniforms from another city. That’s a wonderful way of getting the citizens of Raleigh-Durham to identify with the Hurricanes.

The other thing that has to be considered is what effect does this “promotion” have in Hartford? It is known that Hartford and the state of Connecticut are finally taking active steps to bring back the Whalers, including a major renovation of their old arena. As mentioned in another article, all they lack is a good owner to front an expansion bid or bring back a relocated team. Have they just found one in Dundon?

Can you imagine if Dundon decided to have the Hurricanes wear Quebec Nordiques uniforms instead of the Hartford Whalers? In Quebec City, they would almost start to consider printing tickets for next season’s return to the NHL and even ask Dundon if some, if not all remaining Hurricanes home games for this season be played in Quebec City. Hey Dundon, how about playing some Hurricanes games in the uniforms of the Hamilton Tiger Cats of the CFL? After the agony of the Phoenix Coyotes debacle and all the other times Hamilton has been kicked around by the NHL, if you brought the Hurricanes to Hamilton instead of Quebec and Hartford, you’d be worshiped as a saint.

One thought on “Carolina/Hartford: A House Divided Cannot Stand…”