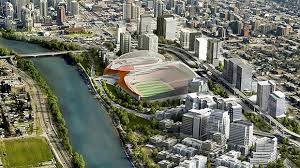 Ho Ho Ho! NHL (and other North American sport leagues) hypocrisy rides again. It centers about the issue of building sports arenas and stadiums and who should pay for them. In this year where the jolly old arrogant NFL stripped St. Louis and San Diego of their franchises just to please Los Angeles, a city that snubbed them for two decades, and plans to do the same to Oakland in the near future, we find four cites who either have or want an NHL franchise suddenly bound together on the issue of a new arena. It seems strange that we can lump all these diverse cities together but the issue is the same. And there is the same blackmail, lies, taxpayer burden, and hypocrisy tainting all four locations.

It all starts in Calgary where the Flames ownership have engaged in “or else talk” to get a new arena built to replace the 34 year old Saddledome. On the table is a proposed combined NHL-CFL project (arena-stadium) called “Calgary Next” that will cost either $890 million (the proposers) or nearly $2 billion (the realists). Just to let everyone know where the NHL stands on this issue, NHL Commissioner Gary Bettman flew into Calgary earlier this year and urged the municipal powers that be to accept it. He loves new arenas like the ones in Las Vegas, Edmonton, and Detroit. He wants new ones built in Phoenix and Ottawa too.

But when you can’t agree on the real cost of a major project, it is not wise to start building until you get all the answers. Remember Montreal’s Olympic Stadium and Toronto’s Skydome? They soared to $1 billion and $500 million before they were finished. Calgary officials and taxpayers have every reason to ask questions and proceed cautiously.

More importantly for this article, just what is wrong with the Calgary Saddledome? It has been renovated once and with over 19,000 seats, it is one of the bigger and better arenas in the NHL. Neither the Flames ownership nor the NHL have specified what they are dissatisfied with and what has to be changed. All that’s been stated is that the building is too old at 34 years (How come the Empire State Building, etc. is still standing?) and if they don’t get their way, the Flames will consider moving. Perhaps if they would state what is wrong with the Saddledome, a much cheaper renovation could be made. But taking their cue from the arrogant NFL, the Flames ownership have issued a veiled “or else” ultimatum to try to blackmail the city and its taxpayers. They of course want nothing to do with building a new arena by themselves.

The Flames want to move because of the mere age of the building. But right now in Hartford and Seattle, officials plan to spend $250 million and $564 million to renovate a 41 year old building and a 55 year old building so that they can get an NHL franchise. And a few years ago, when Jim Balsille was vainly trying to get the Phoenix Coyotes for Hamilton, its officials voted to spend $50 million to renovate Copps Coliseum to the current NHL median seating of 18,500. The Coyotes of course never came so the renovations were never made.

But if the NHL and the Flames can’t accept a 34 year old renovated Saddledome, how can the NHL accept the renovations of the XL Center and the Key Arena? If I’m a municipal official in Hartford and Seattle, acting responsibly on behalf of my taxpayer voters, I want to get something tangible for my money and that means a certain NHL franchise and nothing less. I don’t want to spend $250 million and $564 million and be told by the NHL that the changes made are unacceptable. I want answers right NOW before I spend a single penny. I’m not going to spend that amount of cash and get nothing to show for it. I want a straight and honest answer from the NHL. Are you going to accept a renovated “old” building or not? And if the answer is no, I’m not spending anything.

There are other questions that should be answered right now, starting with seating capacity. That’s not an issue in Calgary and won’t be one in Hamilton or Hartford where the seating will be raised to 18,500 and 19,000. But it sure is one in Seattle. The proposed $564 million renovation will mean a seating capacity of only 17,100, making it the third smallest arena in the NHL ahead of only Winnipeg and the New York Islanders who have just stated that if they get a favorable ruling, they intend to build a brand new arena at Belmont Park. Seattle’s “improved” renovated arena will be over a thousand seats less than the NHL median. And back to Hamilton, that’s less than the current seating capacity of Copps Coliseum which the NHL claims is unacceptable. The best this renovation can do is build a stopgap arena. Is this renovation really worth doing at that cost?

And most importantly, there’s the cost issue. As noted above, the weaselly Flames ownership doesn’t want to spend a single cent on a new arena but engages in veiled blackmail instead. If NHL hockey was not so important to Calgary, I’d show the door to the Flames ownership right now. I’m not going spend a single penny on either “Calgary Next” or just a new NHL arena until I know the true cost of building one. And if a much cheaper renovation of the Saddledome is more appropriate, that’s what I’ll do. 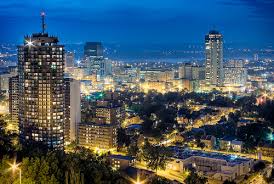 And for Hamilton, Hartford, and Seattle I’ve got some other questions. How come it only costs Hamilton $50 million to make Copps Coliseum an acceptable arena while it costs Hartford $250 million and Seattle $564 million for the same thing? How come it cost Las Vegas and Quebec City only $375 million to build a new arena while it has been estimated that a new arena in Hartford will cost $500 million and the $564 million for just renovations in Seattle? I want answers NHL, and I want them NOW.

So where do I stand on these issues?

I want to know just what the Flames ownership says is wrong with the Saddledome and if it is feasible, renovate the building again. I’ll only consider “Calgary Next” or other schemes if renovating the Saddledome is not feasible. And before I spend any money, I want to know the true cost of any new arena/stadium. If the Flames ownership is still not satisfied, I’d reluctantly show them the door. It would be just as damaging for them and the NHL to leave Calgary as it will be for the city.

Stop kicking this city around NHL. Tell them that you will award them an expansion franchise based on the $50 million renovation. And tell Toronto and Buffalo to spell out reasonable compensation terms like what happened in New York and Los Angeles. This city should have been given a team long ago.

First I want to know if the NHL will accept a renovated XL Center or not. If they do, I will proceed with the $250 million renovation though I do want to know why Hamilton can renovate its arena so much more cheaply. If the NHL will not accept the renovation, I want to know why Quebec and Las Vegas can build acceptable arenas that are over $100 million less than the estimated cost of a proposed new Hartford arena. And when I get satisfactory answers for both the costs of renovation and building a new arena, I’ll proceed on that basis.

Scrap the renovation project. For the money they are willing to spend, tear down the Key Arena and build a brand new modern one on the site that has proper seating. And because the NBA will always have more seats in an arena than the NHL, build a new arena to get an NHL team first. The NBA will automatically be satisfied.

I want Calgary to keep its team and I want the other three cities plus Quebec into the NHL as soon as possible. But not at the cost of giving into blackmail and spending public tax dollars wastefully. To repeat, these cities want truthful answers NOW, NHL and they expect you to honor your word. They don’t want to be lied to in this day and age, when it is too late to turn back and leagues like the NFL are making suckers out of loyal fans and their public officials. They want something to show for their money, an NHL team playing in an acceptable arena. I don’t think that is too much to expect.

One thought on “Calgary, Hartford, Hamilton And Seattle All Now Lumped Together Under One Big Arena Mess”