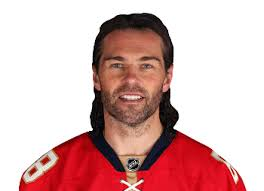 The most significant individual milestone of the past NHL season was set by the already legendary Jaromir Jagr when he passed Mark Messier for second place in the all-time scoring race. Jagr, 45, hopes to play at least five more years until he is 50. He is already boasting that he has passed Gordie Howe for most points scored by a player between 40 and 50 years of age.

Great as Jagr’s achievements are, he is still nearly a staggering 1000 points behind Gretzky’s all time mark. To emphasize how great Gretzky was, Jagr has played over 200 more games than Gretzky to reach his current total. He must know he won’t catch Gretzky – at least in this current phase of his career. But are Gretzky’s records unbreakable? My forecast is that all of his records are on the table and within reach.

Jagr is one of the first athletes that we will see more often in the future, a player who begins his career in his late teens or early twenties and then retires at 50, not 35. Tomorrow’s men and women will be able to do more than their counterparts of today. They will live longer, including staying at a higher health quality for a longer time. Perhaps the average life span will be 100 years, not 80; retirement age will be 80, not 65, and it will be normal to retire from professional sports between 50 and 65.

Last year I wrote two articles on this blog about the chelation remedy, an “alternative medicine” which I took when I was diagnosed with coronary heart disease, with a large amount of heart plaque in an unknown location somewhere near my heart, 9 years ago. It cured me of an official “incurable disease” without an operation and proved that the corrupt “health care” industry – with too many people making money from suffering and death – was using the clinical trial system to conceal legitimate cures from the public; the chelation remedy for sure and possibly many others.

I went on to explain in many articles how coronary heart disease played a significant role in determining who became the Stanley Cup Champion. The eventual champion Pittsburgh Penguins were forced to play without Pascal Dupuis who retired because of recurring blood clots. More significantly, the Tampa Bay Lightning, whom the Penguins barely beat in 7 tough games, were forced to play without their best player, Steve Stamkos until the very last game because of the same problems. And tragically, Gordie Howe, who had been suffering from a series of strokes in recent years died during last year’s playoffs. If the chelation remedy had been recognized by the FDA and Health Canada instead of the deliberate attempts to conceal and discredit it, and if the NHL had been using it, none of the above events would have occurred.

But there is another way of looking at what the chelation remedy does. Not only is it a cure for coronary heart disease, it restores the entire circulatory system, from head to toe, to a healthier state. By clearing the plaque from the entire body, the circulatory system is restored to a state that a person had when he/she was much younger. Up to now, attempts to become younger have been external procedures; hair dye, face lifts, breast implants, skin treatments, etc.

The chelation remedy could be said to be the first treatment that restores internal parts of the body to a younger state. You do not have to be officially sick with coronary heart disease to take it. In fact, by taking it occasionally, maybe once every few years, a person can keep heart plaque throughout the entire body to a minimum. No more worrying about eating foods with high cholesterol. You just take the chelation remedy periodically and then eat what you want.

Remedies like chelation will undoubtedly prolong the careers of professional athletes. As more discoveries are made in biochemistry at the cell level, it may be possible to keep muscles and other tissues in top shape for far longer than it is possible now. Careers like Jagr’s which are now an exception will become the rule.

So stretching our imaginations who can beat Wayne Gretzky’s records?

He’s got a head start on everybody else but given the way the health care industry is discrediting and blocking legitimate cures, it is unlikely that anything startling that will prolong and improve the quality of life will appear in the next five years. Right now the best way to get better new health options on the market and to discredit the bad old ones is to try to expose the health care industry for what it is doing. And the public can also take matters into its own hands by trying to ignore the scare tactics that “established medicine” uses to keep patients in line – “We’re not responsible for what happens” – is typical – and try new techniques and remedies like chelation that get banished into the “alternative medicine” category by the FDA and Health Canada. A few years ago, it was reported that 37% of Canadians were willing to try “alternative medicine” and the percentage is increasing. Clearly the public is not happy with the treatments it is getting from “established medicine” and wants something better.

Crosby is the direct descendant on Canada’s Golden Hockey Chain that goes back to Maurice Richard. This is the Canadian who is the best player of his generation – Canadian, American, European – far above everybody else. Ovechkin is billed as Crosby’s rival and McDavid is considered to be his successor. If their careers last long enough, perhaps new medical discoveries will keep them playing into their 50s.

Who knows? If these three can stay alive for a long time, perhaps new biochemistry discoveries can restore other parts of the body besides the chelation remedy. If Gretzky can hang in there and he can be restored, he may feel that his successors like Crosby and Jagr are getting too close for comfort and he’ll want to resume his career. Can Messier and Lemieux be far behind? And while dwelling on these possibilities, how about bringing back Bobby Hull, Bobby Orr, and Guy Lafleur too?

So far only one person in recorded history has managed to defy death both for himself and others. But in theory, if total healing and restoring is taken to its logical conclusion, resurrection is not a far-fetched possibility in this age of new discoveries. Right now it seems a laughable, mad concept but so did air travel and a coronary heart disease cure back in 1800, both of which are now reality. In television shows like “Fabric Of The Cosmos”, futuristic ideas like time travel, the nature of space, multiple universes where clones living the exact same lives as they are on Earth exist, are explored. Nobody knows what dark energy and dark matter is. And how do you explain phenomena like Joan of Arc and Abraham Lincoln’s “dream” where he saw himself lying in state in the White House about 1½ months before it happened? There are a lot of secrets yet to be discovered. Howe himself wanted to take a professional hockey shift when he was over 70. Bring him back and he will be gung-ho to resume his career.

So Gretzky’s records are not unbreakable. Most people think of some new phenomenon yet to be born who will be better than Gretzky who will do the trick. But with new medical discoveries, people of the present and the past, including Gretzky himself still have a chance. Only the concealed secrets and human corruption stand in the way.

6 thoughts on “Gretzky’s Records Can Be Broken”