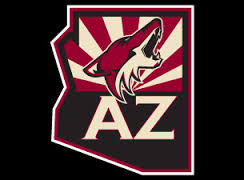 It should be win-win and instead it is lose-lose. The surreal thing about the Arizona Coyotes trying to get a $225 million subsidy from the Arizona legislature is why there is even such a subsidy bill proposed and considered. NHL Commissioner Gary Bettman pleading for a bill which I suspect if he was an Arizona taxpayer, he wouldn’t even give the time of day for.

Phoenix taxpayers, specifically Glendale are already deeply in debt on an NHL arena – built specifically for the Coyotes at taxpayer expense – 13 years ago. That’s right, the Arizona Coyotes current arena, costing several hundred million dollars is no good after only 13 years. Planned obsolescence on a massive scale. Now Bettman has officially told everybody that the Coyotes are finished in Glendale, that building that arena was a mistake.

And he is right. In fact NO arena or stadium should be built with taxpayer money in any city. If an expensive facility should be placed on the junk heap after only such a short time, it has the word “sucker” written all over it. And those who did the suckering, in this case the NHL, should not get another penny for anything. Why even such a subsidy bill is before the Arizona legislature is the real mystery. And all this for a team that has only had one good NHL season in its entire existence.

There are too many other such tales. Montreal building a $1 billion dollar stadium for the Olympics in 1976 which later nobody claimed they liked to watch either a football or baseball game in. The Toronto Argonauts pulling out of the SkyDome/Rogers Field which fans claim is inappropriate and too far away to watch a football game. The wonderful Barclay’s Center, the home of the New York Islanders that has obstructed seats for watching hockey. Ottawa claiming that its Kanata home is too far away to attract fans.

Meanwhile Phoenix does not have enough taxpayer dollars to fund children’s schools. Glad to know that they have their priorities right. Perhaps Bettman and the Coyotes owners and management should send their children to Phoenix for their education. 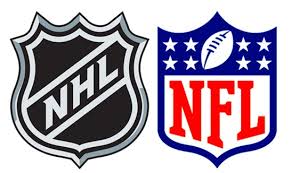 Adding to this wonderful story is the NFL stripping three of its “traditional” cities of their teams in the past two years, two of them, not because of bad support or bad facilities, but because their markets are not as big as Los Angeles. The NFL could have given Los Angeles two expansion teams and Las Vegas one, but instead caused pain to loyal, devoted fans in its existing markets with the shrug of its soldiers and not a blink of the eye. And it’s comforting to know that Buffalo, Minnesota, and Jacksonville as well as the three victims were listed unofficially on many websites as potential teams to be moved too. If “something better” comes up, their days could be numbered as well.

So much for fan loyalty. So much for local, regional, and state perks granted to North American professional sports owners. So much for subsidized facilities built at taxpayer expense. So much for the support of local corporate sponsorships. So much for extensive, local media coverage. Meanwhile during the Obama administration, 45 million Americans (and uncounted Canadians) have been unofficially been labeled “poor”. And much of the funding for these sports palaces and perks comes from these “poor” people’s tax dollars.

It is hard to know who is crazier, government officials who approve these grants of money or the fans themselves who want these “bread and circuses/sports drugs” at all cost. In fact the only sane people are the owners themselves. They know they can get the money and they go for it.

At least in Phoenix it is being reported that the subsidy bill has little chance to be enacted. That there are too many pressing concerns besides professional sports franchises. That even politicians are getting tired of being suckered by rich sports franchise owners. That there is one 13 year old sports facility built that is already too many. That too much has already been given to a franchise with only one decent season in its history.

That will leave the NHL in a real quandary. They have publicly stated that there is no future in Glendale and now there are no other places to play anywhere else in Phoenix. And they can’t move the Coyotes east to hockey starved Quebec, Hamilton, or Hartford because that will make the league conferences even more unbalanced. Seattle whom they favor the most is out of the picture because it can’t resolve its arena problem. Las Vegas has already got its expansion team to the tune of $500 million. So will Houston, Portland, Milwaukee, Kansas City, Oklahoma City, San Francisco, even Saskatoon come to the rescue? The NHL has already had to subsidize the Coyotes for several years. The only thing that is a pleasure in all this is for once the people who have already got too much are taking the hit and not the taxpayers.