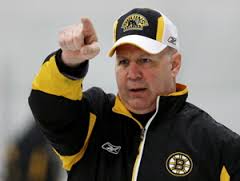 I said in my previous article about Claude Julien that he would become one of the three most sought after coaches for rehiring, but the speed with which he returned to the NHL leaves me a little breathless. And to be hired by Boston’s most hated rival, Montreal -for the second time- there’s a lot of surrealism here.

It makes sense. Julien simply is a better coach than Michel Therrien who could not take either the Montreal Canadiens or the Pittsburgh Penguins to the Stanley Cup. The Canadiens collapsed last year after goaltender Carey Price got injured and the players, notably P K Subban took the blame. But this time, with Montreal seemingly about to collapse again, this time with an uninjured Price and Therrien still at the helm, General Manager Marc Bergevin removed his coach.

Even though it is over a decade, there is something hilariously surreal in Julien’s personal professional career. To be the coach of the Canadiens, then to be fired and hired by arch-rival Boston, and then to be rehired by arch-rival Montreal… it reminds me of the Duke of Clarence in the Wars of the Roses who switched from the Yorkists to the Lancastrians and back to the Yorkists again. What`s next on Julien`s calendar, to be rehired by the Bruins when he gets fired by Montreal again?

The immediate task is to get the Canadiens out of their current slump and play like they did at the beginning of the season. Bergevin made major changes during the off season, most notably the trading of Subban to Nashville for Shea Weber. He certainly showed himself willing to put his own neck on the chopping block to get the Canadiens turned around.

The hiring of Julien also raises two major questions. First, are there going to be more major changes to the Canadiens roster before the trade deadline? If the trading of Subban and the hiring of Julien is not enough, what other changes have to be made? What if Julien cannot turn the team around this year?

Second, what is an acceptable finish to the Montreal season this year? The only obvious fact is that missing the playoffs is unacceptable. But how far does Julien have to take the team in the playoffs for the fans and management to agree that this was a successful year, that there was a major improvement and they are on the right track? Put up a good struggle in the first round against a superior opponent and lose? Win one round? Two rounds?

An unacceptable finish could mean sweeping changes to the roster next year like the Subban trade this year. It could mean realizing that the current set of players are just not good enough and a major rebuilding job, starting from scratch is in order. For these reasons, Montreal will be closely watched for the remainder of this season.