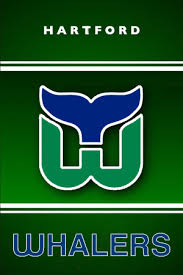 It might finally happen. The first tangible steps to getting the Hartford Whalers back in the NHL. In December, there was a proposal to renovate the 41 year old XL center to a more than adequate NHL 19,000 seats which would cost $250 million.

Is this really worth it? The two initial questions to be asked are would Hartford get back in the NHL and should Hartford build a new arena instead.

With a proper arena, Hartford would have no problem getting back in the NHL BUT they have to have a credible owner lined up. In 2010, NHL Commissioner Gary Bettman made a tour of the three cities that lost their franchises in the 1990s, Hartford, Quebec, and Winnipeg and offered them reasonable terms to get back into the NHL: a credible owner, a proper arena, and a great fan base.

Winnipeg came back by buying the unwanted Atlanta Thrasher franchise and Quebec built a new arena and is now knocking at the door. (Quebec’s problem is that the potential bidder made inappropriate racist remarks about a member of the NHL Board and the league finds him unsuitable. Gary Bettman may be currently looking for a new owner behind the scenes.) The door remains open for Hartford as well. There is no problem with a fan base and market. Hartford shares the entire New England market with Boston including the large city of Providence. Hartford also has great rivalries with the Boston Bruins, Montreal, a returned Quebec, the New York City area teams and possibly with Buffalo and Ottawa as well.

The key question is about cost and what you are getting. Are you willing to spend $250 million on a facility for minor league teams? $250 million sounds like major league money so if it is the NHL you really want, you had better start solving the ownership problem right now. And the main deterrent to that solution is that Gary Bettman and the NHL dumped an unexpected $500 million entry fee on potential bidders that scared off 14 applicants leaving only fanatical Quebec and Las Vegas left. Obviously most of the business world considers a $500 million fee to be too excessive for an NHL franchise. Whoever wants to own a returned Whalers had better be exceedingly rich and believe in the team and the market.

Furthermore, city officials and Hartford businesses see the renovation as a means of reviving business and the downtown core. How much are minor league teams going to draw fans downtown? If the future of the city is tied up with this renovation which seems to be implied, it is major league hockey that is required so it is imperative to get the ownership issue solved and in place before any construction is started or else you will have a mess like Quebec currently has. 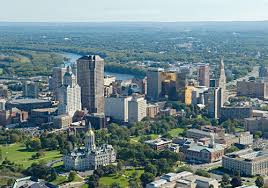 That brings up the next issue, renovation or new arena. It has been estimated that it would cost about $500 million for a new Hartford arena but is this true? Unfortunately greed, corruption and unexpected factors play too great a part in the construction of new stadiums and arenas. Edmonton’s new arena cost $480 million; the new Las Vegas arena is $375 million and the Videotron in Quebec cost $370 million, a variation of over $110 million.

And renovation is the same way. To put matters in perspective, when Jim Balsille tried to buy the Arizona Coyotes and move them to Hamilton, the Hamilton city council planned to vote $50 million to raise an NHL acceptable 17,000 seat arena to a more than adequate 18,500 facility. Why does it cost 5 times as much to renovate the XL Center than it does to upgrade an arena in Hamilton? Why is the cost of a new Hartford arena $130 million more than a similar arena in Quebec? Before any plan is approved, responsible Hartford public officials had better get answers.

There is one final major question, who do you want it for. Building a new arena automatically puts Hartford not only in line for an NHL team but an NBA basketball team as well. Do you want both major league hockey and basketball? Having two tenants to share the cost and draw fans to the downtown area might make a big difference than just one team.

So what route should Hartford go? If the cost of a new arena can be kept at the level of Quebec and Las Vegas or cheaper, I would vote to spend an additional $120 million on a completely new building which will be more attractive in drawing fans and hopefully last longer than the XL Center. Compared to Hamilton, the cost of renovating a 41 year old building is ridiculous but it is better than nothing. And go for both the NHL and NBA, not minor league teams. Get the ownership and arena issues solved and Hartford will have at least the Whalers back soon. The NHL wants them.