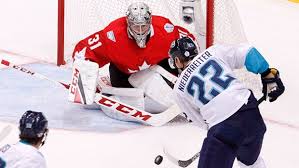 Mismatch, pure and simple. That is the message Canada delivered to the rest of the world after going undefeated in the revived World Cup Of Hockey in 2016. Team Europe gave it a gallant try, considering that they were supposed to be the joke of the tournament. The two defeats in the Final to Canada, 3-1 and 2-1 were not a disgrace. They showed they belonged on the same ice.

But they still lost and going back to the Vancouver Olympics of 2010 and including  the Sochi Olympics of 2014 and the World Cup of 2016, Canada has now won 16 straight games. The Canada of the Sidney Crosby era is more dominant now than when Bobby Orr and Bobby Hull were its star players in the 1970s, and later when Wayne Gretzky and Mario Lemieux led them in the 1980s and 1990s. That’s not a fluke.

The Canadian junior machine and younger leagues, symbolized by the CHL, keeps turning out top players en masse on schedule with no end in sight. When the Sidney Crosby era ends, the Connor McDavid era will begin. In 2018 in the Winter Olympics in South Korea and 2020 when the next World Cup will be played expect more of the same. Everybody else is playing for second place. There are no real challengers in sight. What is very revealing is that Team Canada played without two of its best players and still won easily. Duncan Keith of the Chicago Blackhawks arguably Canada’s first, second, or third best defenseman was injured, and Canada was not allowed to have its best young player, Connor McDavid who had to play for Team North America. One shudders to think how good Canada would have been if they had played for its team.

The meaning of this tournament is plain to see. Canada is pulling away from everybody else. What was particularly distressing was that the second and third best teams were the two hybrids, Team Europe, and Team North America, who were not supposed to win at all. They were created merely because NHL Commissioner Gary Bettman recognized the truth, that little has been done in 44 years since the Canada-USSR match of 1972 to improve the quality of hockey outside of the traditional “big 7″ hockey countries – Canada, USA, Russia, Czech Republic, Slovakia, Finland, and Sweden – and did not want any Canada 10 Norway 1, Russia 8 Latvia 2 laughers.

The two hybrids were supposed to be Canada’s worst competition. Instead what was revealed was that the five other national teams have tumbled badly when compared to Canada. In a recent article on the blog (Canada And The Hybrids Deserve Each Other) I listed the many sins of the other five countries that were so plain to see in the World Cup. They are no competition for Canada any more. Commissioner Bettman will accept congratulations for the Europe and North America idea but inside he can hardly be happy and could not imagine before the tournament that the other five national teams would play so pitifully. They were supposed to be Canada’s toughest competition. Instead they were the worst.

Before this tournament, international hockey was ranked this way:

“Big 7″
“B level teams”
Everybody else

That has changed to the following:

Canada
Remaining traditional 6
“B level teams”
Everybody else

Surely the worst problem in international hockey today that I have written about in several articles on this blog and elsewhere on other blogs is quality of play. I have repeatedly written about the need to get the quality of play of the “B level” countries – there are about a dozen countries in all stuck at this level since 1972 and earlier – up to the level of the traditional “big 7″. I have also written about the much worse state of international women’s hockey where only a “big 2″, Canada and the United States exist and there have been threats to expel the sport from the Olympics because of lack of competition.

Only now things are worse, there are two gaps. There is the gap that has been around for half a century and more between the “B level” teams and the traditional 7, and now there is the gap between Canada and the remaining 6.

The World Cup of Hockey and the Olympics cannot be developed until these gaps are breached and closed. If the goal is to develop the World Cup of Hockey so that it has the stature and importance of its counterpart in soccer, there has to be real competition and drama to capture the imagination of the fans. That does not exist anymore. Canada has no competition. The only possible meaningful competition that can occur now are matches between Canada and an all star team made up from the best of the other seven teams in the tournament.

The solution to this problem should not be to penalize Canada and diminish the excellence of its program and play. Rather it should be to raise up the quality of play of ALL the teams, both the remaining 6 and the “B levels” to the level of Canada. If Commissioner Bettman and NHLPA Director Donald Fehr want their World Cup to be a truly meaningful event, they have to start facing up to the quality problem and do something about it. All that has been done in the past 44 years is to host a few random hockey clinics and send a few coaches from the “big 7″ to other countries. It has not worked and the product is the result of the recent World Cup. The quality problem is staring them directly in the face and will not go away. It is time to roll up the sleeves and get to work.