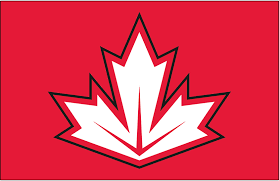 Canada is always the country which has the most pressure on it to win international hockey tournaments, be they professional, junior, or women. As the main originator of the game we all love and the original source of development for the NHL, Canadian hockey fans regard it almost as a divine duty to be just a little bit better than the other six great powers of the “big 7″, Sweden, Finland, USA, Russia, Czech Republic, and Slovakia.

But for this World Cup there is added pressure. For a start, this is the first World Cup since 2004. Canada won that tournament after a tough 3-2 victory over Finland in the Final. In the long 12 years since the last tournament no one knows except for the Olympic competition whether Canada’s best players are still tops in the world.

But what really puts added pressure on Canada this year is the result of the 2015-16 NHL season where not one Canadian franchise made the playoffs, a humiliating fate that had not occurred since 1970. Sure it can be blamed on the odds – American franchises outnumber Canadian ones 23-7 – the NHL draft, the Canadian dollar, etc., but coupled with the fact that a Canadian NHL franchise has not won the Stanley Cup since 1993, these top international competitions like the World Cup and the Olympics are the only way Canadians can reassure themselves that they are still the best hockey playing country in the world.

The World Cup and the Olympics are the only times when the absolute best of all Canada’s hockey talents come together to prove they are the best in the world. Sidney Crosby may play for the Pittsburgh Penguins and Jonathan Toews may play for the Chicago Blackhawks, American franchises in the NHL, but now they are on one team playing for Canada. And the ghosts from the past will be on them. Bobby Orr at the first Canada Cup in 1976, and then later Wayne Gretzky and Mario Lemieux. All this will be felt by every player on Canada. They carry a burden no other team in these events has.

A bad result for Canada in this tournament, especially on home ice in Toronto, and there may be talk at official levels, in the press, and privately among the Canadian public about the decline of Canadian hockey. Canada has a type of collective “inferiority complex”; they do not like boasting and bragging, especially among themselves, though they do love praise from others, particularly from American television commentators – except in hockey. There they are the experts, the know-it-alls. Canada knows everything there is to know about hockey. They regard it as “our game” (though surprisingly curling is supposed to be officially Canada’s national sport). A torrent of excuses and self analysis will follow if there is anything less than victory or (horrors!) an early exit from the tournament.