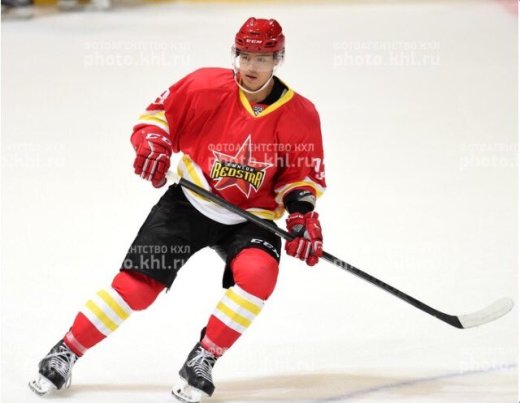 As China gets ready to host the 2022 Winter Olympics, a focus is being put on their national hockey team to improve from their current men’s ice hockey ranking of 37. One of the ways they have begun that process is by partnering up with the Czech Ice Hockey Federation to improve the level of coaching that is available in China. However, another important step to improving the national team is to develop interest in the sport, and the KHL has step up to the plate. Earlier this year, the KHL announced the expansion into China with the introduction of HC Kunlun Red Star. One of Kunlun’s first signings was a defenseman from Vancouver named Zachary Yuen. This 6’0, 196lb defenseman also happens to be the first ever Chinese-Canadian defenseman ever selected in the NHL Draft, going in the 4th Round to the Winnipeg Jets in 2011. We’re lucky enough to have him here today to have a little chat about HC Kunlun Red Star, China, and what he wants from a care package.

Without further to do, here is our interview with Zachary Yuen!

Thanks for taking time to do this interview! I appreciate it!
My pleasure.

Why did you decide to join the KHL’s Beijing Kunlun Red Star?
I joined the Redstars because it is a great opportunity. Not only for my hockey career as I further my development as a player, but most importantly for the development of Chinese hockey. Hockey in China is really starting to grow, and I would love to be a part of it and hopefully contribute in any way that I can.

How do you find the facilities in Beijing so far?
The team has yet to go to Beijing. We started training camp in Finland for 2-3 weeks, now we are in Moscow, heading to Astana, Kazakhstan for a preseason tournament. We won’t be in Beijing until the end of August.

So what has your whole experience at Beijing Kunlun Red Star been like so far?
It’s been a very cool, yet extremely unique experience so far. This might be the only professional sports team in the world that speaks 6 different languages in the locker room. English, Russian, Finnish, Slovak, Chinese, and French.

How did you end up being the de facto spokesman for the team, doing things such as revealing the team logo and team jerseys?
Haha I just try to share all of the team news with all of the fans out there as soon as I hear about it because I know a lot of people are interested in the new team. Just trying to get the fans the latest scoop.

For players who are considering a contract offer from the Kunlun Red Stars, what’s your pitch like?
This is a very big deal in the world of hockey, in China and globally. This is opening a door to many opportunities for the sport of hockey. If you want to be a part of something historic, then this would be the place to play.

You’re going to get a care package from Canada during the season. What do you want in it?
My mom’s homemade meals!

Final question: Who should we interview next?
Depends what you’re looking for. Too diverse of a group haha.

Thanks for your time.