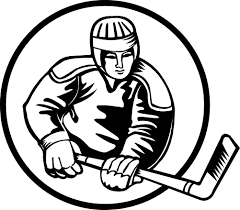 We’ve always wondered, what happens to our favourite hockey players? The average NHL career is 5.5 years (source: http://www.rsvlts.com/2013/07/22/longest-sports-careers/). So what happens to them when they’re no longer in the NHL? Well they do other things. In our first instalment of this series, we follow four players; a former 1st Overall Pick, a 2nd Rounder, a former Calder winner, and a former Amazing Race winner. I’ve never been a man of unneccesary words, so without further to do, here’s our first instalment of Where Are They Now?

Former 1st Overall Pick in the 2000 NHL Draft, Rick DiPietro signed the 1st 15 year contract for a whopping $67.5M (granted that’s not too much in pro sports nowadays) in 2006. As most people know, he was bought out in 2013, and will be paid $1.5M till 2029 (he’s pretty much set for life). After getting bought out, he played 5 games with the Charlotte Checkers before retiring. He’s now a radio host at 98.7 ESPN Radio in New York. He hosts the show 7-10PM on weekdays and you can check it out here: http://espn.go.com/espnradio/newyork/play.

Eddie Caron
Probably most well known as being the guy with the lowest grade ever on Hockey’s Future with a 0.5A (http://www.hockeysfuture.com/prospects/eddie_caron/). He was drafted in 2001 with the 52nd Overall pick. He was drafted 3 picks ahead of Jason Pominville. He was a raw player but had some talent. So where is he now? He played one season in the ECHL where he scored 10G in 54 games in the ECHL. He is no longer in hockey and is actually in the field of finance. So he’s doing pretty well outside of hockey!

Andrew Raycroft
The former Calder trophy winner was part of one of the more lopsided trades in recent memory. He was traded for the rights of Tuukka Rask and didn’t play too well for Toronto. After going to Dallas, he left and ended up playing in Italy playing for Milano Rossoblu. After Italy, he played in Sweden and subsequently retired. He’s currently a 1st Year Volunteer Assistant Coach of the University of Connecticut Huskies ice hockey team.

Bates Battaglia
The former Leaf, Avalanche, Capital, and Hurricane is well known for winning the Amazing Race 22 with his brother Anthony. After winning the million dollar prize, many people aren’t sure where he went. Well he’s opened a bar in Raleigh, North Carolina called Lucky B’s Bar. Make sure to check it out!

Who else do you want to know about? Let us know by commenting below, tweeting me @hkyblogger or commenting on Facebook here: https://www.facebook.com/NotYourAverageHockeyBlog. Make sure to share it with your friends!

One thought on “Where Are They Now?”