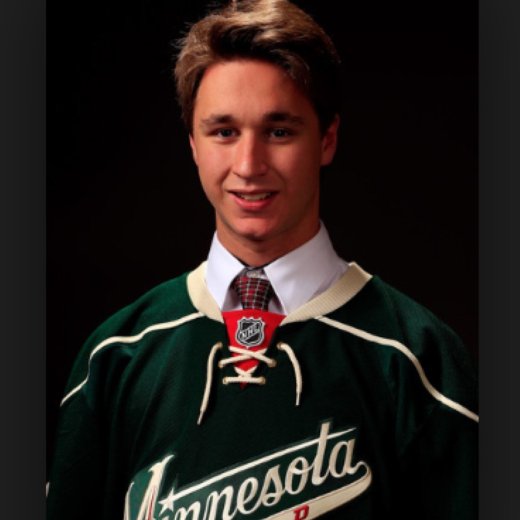 We recently caught up with Alexandre Belanger of the Rouyn-Noranda Huskies of the QMJHL and Minnesota Wild. He was drafted in the 2013 NHL Draft in the 7th Round 200th Overall. Unlike most players who get drafted at 18, Alexandre was drafted at 17! He is a great follow on Twitter so make sure to follow him on Twitter: @30_Belly. Make sure to follow me on Twitter as well: @hkyblogger. Without further ado, here is our interview with Alexandre Belanger!

We are in bold.

How do you spend your off days?
I don’t do much during the season, since there isn’t much time for rest so normally I try to relax and play video games with some friends, watch movies or TV shows, or just chill out with my teammates.

Do you have any pre-game rituals you like to follow?
Not really. I like to switch things up. For example, if one game the things I’ve done worked then maybe the next game it won’t because it worked the game before. So yes of course I have a little routine but no rituals.

What type of goalie do you consider yourself?
I consider myself has a calm goalie with good positioning and a sharp gloves. I also have good technique and athleticism.

What goalie do you think you play most similar to?
A lot of people compare myself to Carey Price! Both of us are calm, have a good glove and play with good technique.

Have you played any other position?
When I started to play hockey I was a forward. I liked to score goals and had a very good shot but my skating ability was terrible haha ! After playing forward for 3 or 4 years,I loved goalies and wanted to try this position and I felt in love with it. So I started to be a goalie at the age of 8 years old!

You were drafted 200th Overall. Were you scared of not getting drafted?
I had no expectations when I went to the draft because I knew it was very hard to get drafted as a 17 year goalie. But still in the back of my mind I really wanted to get pick by a team because it was my dream since I was a little kid. So yes I was getting scared a bit at the end.

Highlight of your career?
I have a few highlights in my career so far! The Canada Games in Halifax was awesome! I was on Team Quebec U-16 and I won a silver medal. The QMJHL draft where I was drafted in the 1st Round, 18th Overall, the World Under 17 championship in Windsor, Ontario, the NHL draft where I was drafted in the 7th Round, 200th Overall, and the Minnesota Wild pro camp.

Lowlight?
I don’t really have lowlights. Of course I had some trouble here and there but not much.

What’s it like to take a puck off the mask?
It’s never fun, but in my opinion it doesn’t hurt most of the time the puck usually deflects in the corner. The worst is to get the puck in the cage. Sometimes it breaks your cage and it hurts because the puck doesn’t deflect and your head gets all the power of the shot.

What’s something most people don’t know about you?
Hard to say… I love to sing! I sing songs everywhere; in the shower, in the car, in my head. But the thing is, I’m not a very good singer! I just love music.

There are players out there in the same position as you were last year in the chance that they wouldn’t be drafted. If you could give them some advice, what would it be?
Just believe in yourself even if you don’t get drafted. If you work hard, good things will happen.